A Coffee Date: Expect the Unexpected

If we were to sit down for a coffee date this week, I'd probably have a lot to share with you. I'd remind you that I am predictable through and through. I don't like change, in fact, I don't do change at all. I like to know what is coming at all times. But that's not how life works.
life is messy,
chaotic,
unorganized at times,
disappointing,
surprising,
and full of curveballs.
Someone one told me that if I was going to make it through life in one piece, I'd have to learn to expect the unexpected. I'd have to be more willing to go with the flow when the bumps of life hit, when prayers aren't answered, when things don't go as planned. I'd probably tell you that I'm still working on it; still learning to be okay with the bumps, big and little.
I'd start by telling you this week was full of unexpected things. I'd cringe as I told you that in all my years of owning a cell phone, I've never once broken, lost, or had to replace a phone. However, my fate changed this week when my iphone bit the dust! Ironically, it still worked so I was able to use it while I figured out a plan of action to replace it. 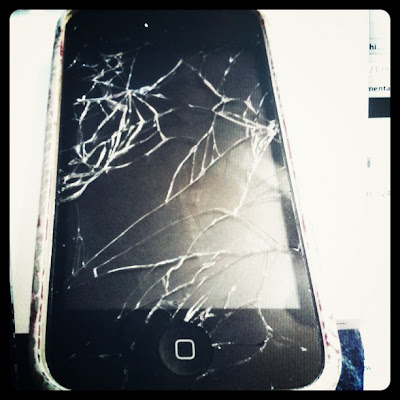 (it's really as bad as it looks!)
On Monday, I was excited to jump into a full week, but truth be told, I felt really off. I'd probably confess to you that I should of listened to my body and rested. But, I didn't. So by the time Wednesday rolled around, I was dragging my feverish self to the doctor. 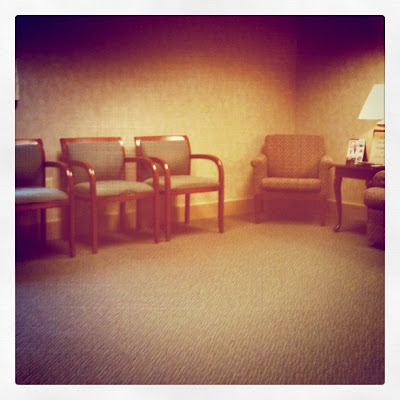 I'd also share that I'm not good at waiting, but that I've learned so many wonderful lessons from the waiting room this past few years. I'm working on patience and reminding myself that in the end it all works out. 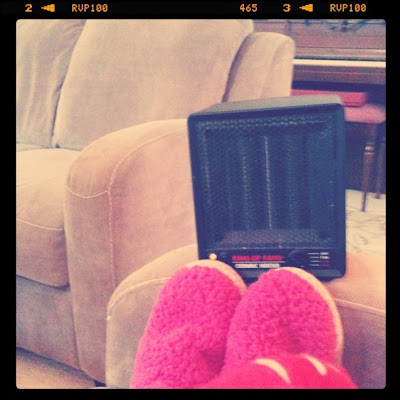 It turned out that I had been fighting a virus for a quite a few days, so the doctor recommended a few days of solid rest. So I gave myself two days off, and laid by the space heater catching up on tv shows and redbox movies.
And then I'd wait to the very end of our coffee date to spill the beans. I took a nap on Wednesday in the middle of the day, which is always a bad idea. In my head, I had told myself that I could sleep for an hour, but somehow I slept through that alarm clock and ended up taking a 3-4 hour long nap, which I paid for later by being up all night. However, when I woke up from my nap, I opened my email account to see the following subject line in my business account: 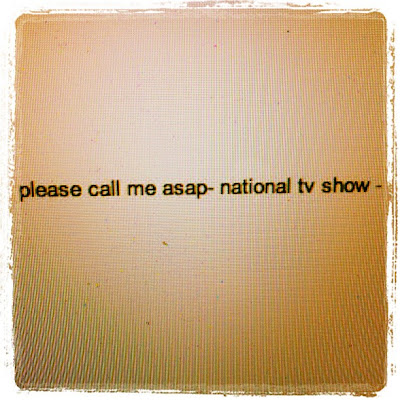 At first I thought this is surely a joke or a scam. But then I did a little googling, and it turned out to not be at joke at all! A producer from the Anderson Cooper show had found my blog and wanted to discuss one of my posts on the phone. I chatted with the sweetest girl and shared a little bit of my heart behind the blog post. They ended up telling me to be on stand-by because they were ideally looking for someone local in NY. I haven't heard back yet, so I'm assuming they found a local girl. However, I was beyond flatter that they would even think of reach out to me. I'm still somewhat new to blogging, but it reminded me that no matter how many people read our blog, that we all have stories to share that can encourage one another.
xoxo,