What I Wore on Martha + Being Brave

Two weeks ago, I packed up bags up again, and ended off to the Big Apple. I got invited to attend a conference hosted by Martha Stewart Living, which was definitely a once a lifetime experience. As I started to pack my bag, I asked my friends if I should go with less pink and more black. Most of them assured me that there would be plenty of color in the city. 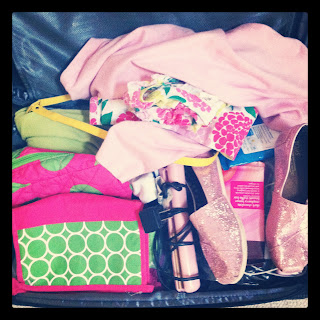 Lets just say there wasn't much color anywhere to be found. I showed up in very "Carrie fashion" rocking flowers, pink, and polkas dots and got a whole lot of stares on the subway ride into the city. 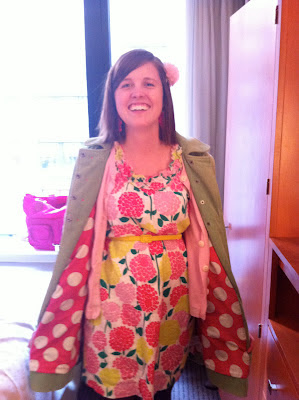 Dress, sweater, coat: mini boden
bow: caroline g.
Our first day we got to attend a taping of the Martha Stewart show, which was such a neat experience. I had always been curious what it would look like on the inside and how all of would it run. We sat in a waiting room for the first hour where they had us fill out paperwork including questions we'd like to ask Martha + her guest based on a predetermined topic. My friend Brandi and I laughed a little as we scribbled down random questions not putting a whole lot of thought into it. After we submitted our questions, a producer approached me and asked if I'd be interested in asking one of my questions. Remember when I said I was going to be fearless this year? Well, I decided this was a time to live that word out. While, I'm not shy in the least, public speaking is fear of mine. The idea of standing up in front of people with all their eyes on me scares me to no end. I wanted to say no thank you so badly, and pass on it. But this is the year of fearlessness, so I said yes. 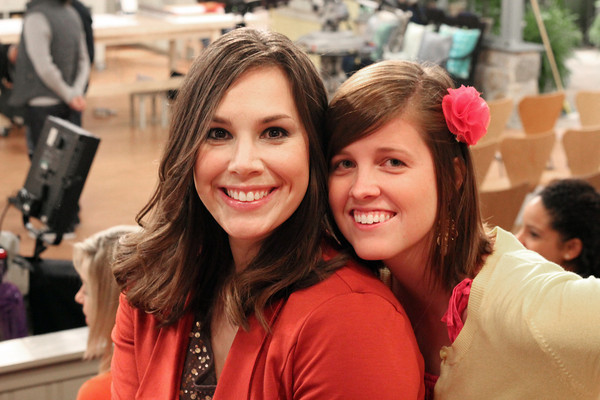 Turns out things always change in TV land, so the producer switched up my question in the last minute, and I do mean the last minute, like as in right before another producer said we are back on the air. I'm fairly positive my heart dropped down of my body and my nerves kicked into overdrive. But I survived it none the less. 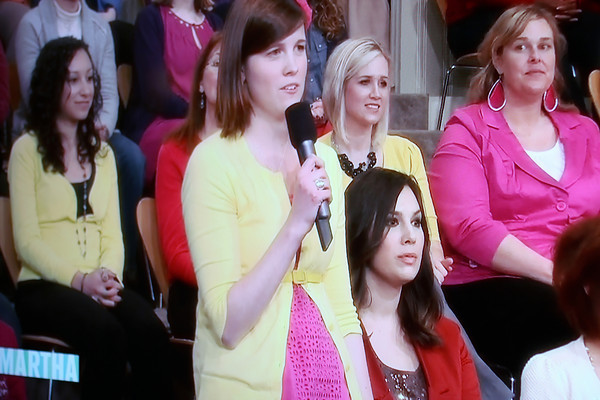 I wish I could tell you the answer, but I literally do not remember a word of it.
Sweater and belt: Target
Dress: j.crew
Bow: Caroline G.
Necklace: Amy Cornwell
Posted by Caroline G. at 9:32 PM