Yesterday didn't go as planned. It was one of those days where no matter how focused I tried to say, something else kept coming up. Things that needed to be dealt with, phone calls to be answered, etc. I was frustrated over being unproductive. And then I felt like God whisper into my soul to stop worrying so much about myself. It was a humbling reminder and absolutely necessary.

I was stuck in my house until about 4pm waiting on repairs, but as soon as the last repairman left, I got on my coat and boots and ventured out for my second day of gifting. It was good for me to step out of my house, and away from all the things that were keeping me inwardly focused.

I decided for one of my gifts that I would leave a some coins on a redbox machine down the street from me. It's so close to my house that I can walk to it when I want to rent a movie. In the last few months, there was often a woman sitting on a milk crate begging for money. If you take the time to look at her closely; you can her lifeless eyes, her desperate plea, and her dwindling hope. Even if she wasn't there when I went to rent movies, I would see the empty milk crate and think of her. Her presences is always there. Always. 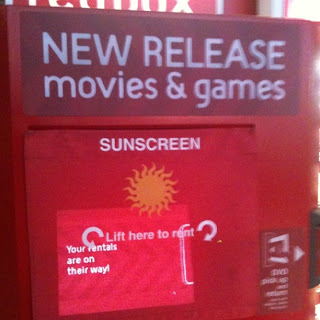 I left a sign with the coins that said, "pay it forward". As I got back in my car, I watched a father and a young daughter approach the machine. I saw him take the index card down and hand it to his daughter who happily held it. While, I was in my car and couldn't make out their words, I knew that God would use it to pass the message on as I watched the father explain what it meant to his young daughter.

Email ThisBlogThis!Share to TwitterShare to FacebookShare to Pinterest
Labels: 25 days of giving